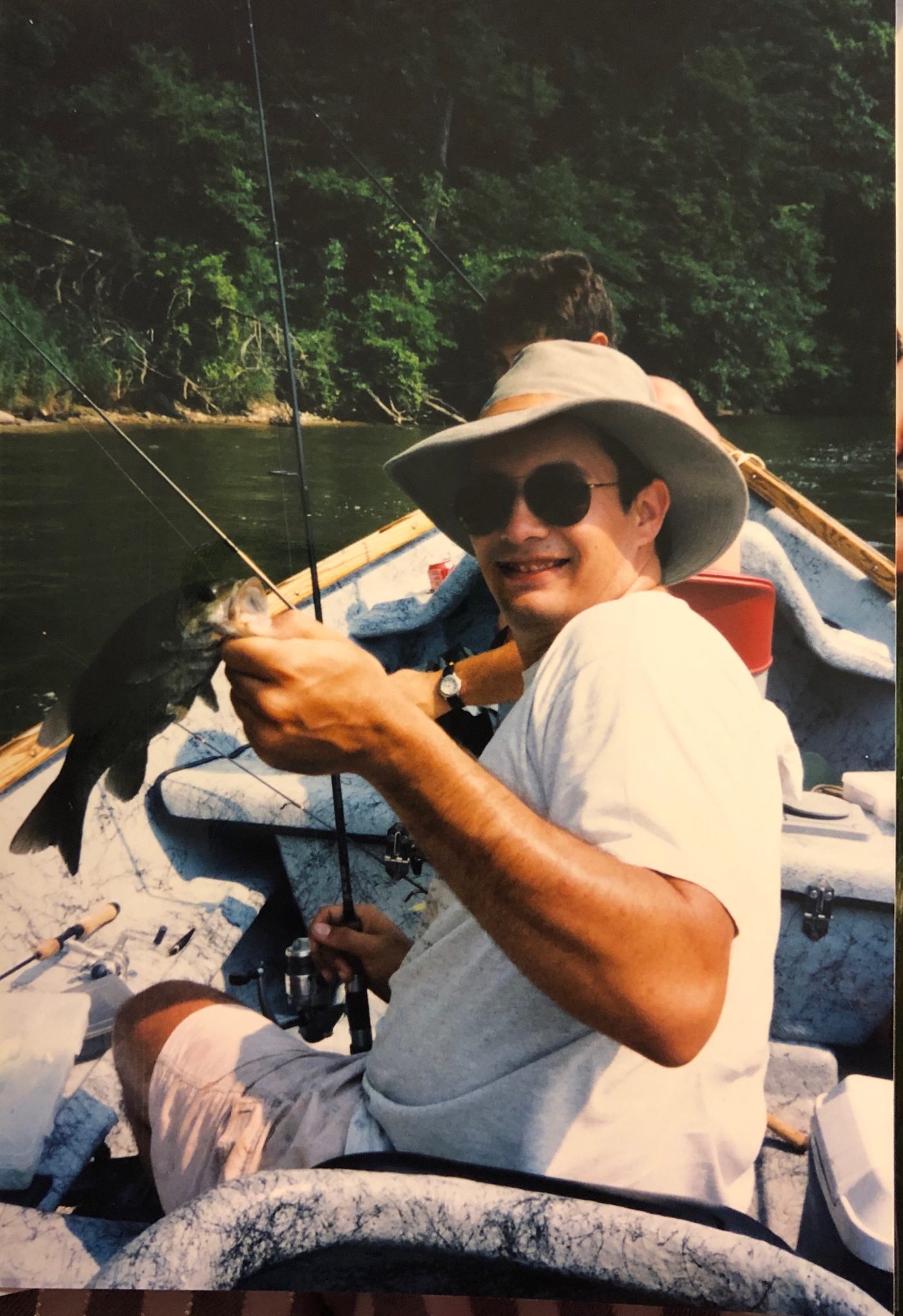 Terrance David Blume Jr., Age 47, peacefully passed away on Thursday, January 24, 2019, at his parent’s lake home in Monticello, IN after a hard fought three-and-a-half-year battle with cancer. He was born April 7th, 1971 at the Naval Hospital located at Camp Le Jeune in Jacksonville, N.C. to Terrance David Blume and Carol Ann (McDaniel) Blume.

Terry was a graduate of West Lafayette High School in 1989, where he enjoyed and excelled at numerous athletic events such as basketball, football, baseball and track, with baseball being his true pride and joy during high school. On the West Lafayette baseball team, Terry contributed to the team as a left-handed relief pitcher.

Following high school, Terry attended Purdue Unicersity, where in 1993 he graduated with a Bachelor of Science in Fisheries and Aquatic Sciences, in which he was able to truly explore his passion for fishing. Following his time at Purdue, Terry was able to pursue his childhood passions by working for the Fawn River State Fish Hatchery as a biologist. In addition to this, he enjoyed sharing the experiences he had for fishing by working as a Professional Fishing Guide. While working within biology and aquatic sciences was a huge part of Terry’s life, he spent over twenty years working for RGIS Inventory as an Inventory Specialist and Inventory Specialist Area Manager. At RGIS, he made countless relationships and connections that extended to friendships for years to come.

He married Denise Renee Udhus on October 8, 2001 in Shoreline, WA. After getting married, Denise brought two children, Lynnaya Covey (WA) and Leah Banks (AR), as his step-children. With that, Terry left behind five grandchildren that loved his involvement in their lives; Aujahnay, Udhus, Georgia Banks, Amariah Banks, Alijah Covey, and Mayleana Covey. Terry and his wife Denise are raising three of the grandchildren, Aujahnay, Georgia and Amariah, with their faithful dog, Rosie.

Many changes and differences may have occurred throughout the life of Terry, but the presence of four of his best friends remained constant. These four best friends were Terry’s four younger brothers, Brian N. Blume (Jill), Christopher L. Blume (Gina), Jason R. Blume (Kristy McIntosh), and Joshua J. Blume (Diana). Terry and his brothers had established a bond unlike any other, they truly were inseparable and the memories they have together will last for generations. Bringing this together, Terry also shared a strong amount of love for his nieces and nephews Nathan Blume, Dru Blume, Jackson Blume, Grace Blume, Morgan Blume, Lucy Blume and Katlyn June. Terry became an enormous role model in the lives of his nieces and nephews, sharing his passion for fishing by taking them all on numerous fishing trips.

The one thing that holds true to Terry was his constant desire to be fishing, as he was an accomplished professional flu and jig tier, was on the B.A.S.S. Pro Staff Circuit, invented new baits and lures, taught several kids how to fish, and competed in fishing tournaments in Indiana, California, Washington, Oregon, Alabama, and Michigan. The most important things in Terry’s life were his family, his friends, and fishing. Terry will be deeply missed by everyone who’s life he touched. He was preceded in death by grandparents Arthur Jackson and Sylbia Lucile (Mills) McDaniel, James Theodore and Helen Anna (Miller) Blume, and Uncle James Blume Jr.

TMG Funeral & Cremation Services is assisting the family with arrangements