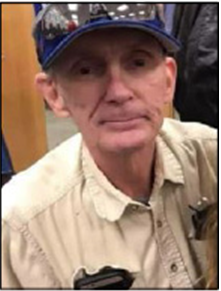 He was born August 1, 1955 in Schererville, IN to the late Richard and Fleta Jones Culbreth. He worked as a drywall worker for over 30 yrs.

He is survived by two daughters, Anita (Michael) Gilbert of Rock Hill, SC, and Ayla (Lucas) Sheets of rural Brookston, and one son Richard (Peyton) Culbreth II of West Lafayette. Also surviving are 6 grandchildren Bailey, Kaylen, Kynlie, Kenna, Kinadi, and Zachary, and three brothers. He was preceded in death by his first wife and one grandchild.