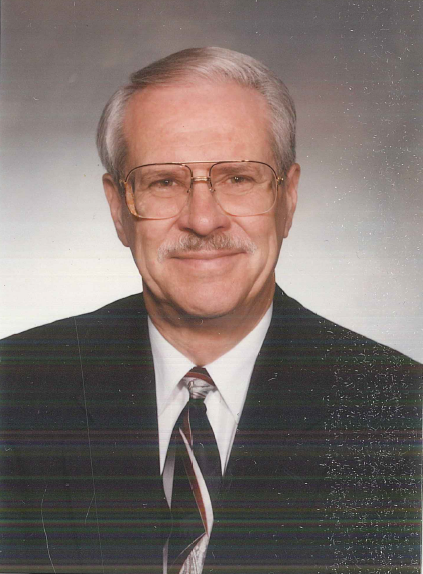 Gorman L. Pierce, 82 of West Lafayette, died at 9:57 am Sunday, January 6th at St. Elizabeth East Hospital with family by his side. He was born March 16, 1936 in Frankfort, the son of the late Paul O. Pierce and Wilma Ann Pierce-Nease. He was a graduate of Frankfort High School, where he played both football and basketball. He was a starter on the 1953-54 Frankfort basketball team, the only team to beat both Milan and Muncie Central during that season (the two finalists for the 1954 State Championship won by Milan, and made famous in the movie Hoosiers). He was the recipient of the Kilmer Sportsmanship Award in basketball in 1954, a member of the Hi-Y Club, Varsity Letterman’s Club, and served as President of the Cosmopolitan Club.  He served in the US Army and was a reservist in the Indiana National Guard.

Mr. Pierce received his BS degree from Ball State University and MS degree from Purdue University.  He was in the field of education for 35 years, first starting his career as a teacher and coach at Frankfort High School in 1958. He served as Business Manager of the West Lafayette Community School Corporation for six years prior to becoming the Executive Director of the Wabash Valley Education Center in West Lafayette in July 1973.   The Center provided support services to 37 school districts in 14 counties in north-central Indiana. He served in this position for 26 years, retiring on June 30, 1999.

He was a life member of the Lafayette B.P.O. of Elks, a member of the Breakfast Optimist Club and a John Purdue Club member. He served two-terms as President of the Indiana Association of Education Service Centers and one-term as Secretary. He also served one-year as Treasurer of the National Association of Regional Media Centers (NARMC).

He was a recipient of the “Award of Service Distinction” from the College of Business of Ball State University. Upon retirement, he received a Certificate of Appreciation for service to the Tippecanoe School Corporation, recognition from the Interactive Distance Education Access to Learning Consortium, “for being a distance learning pioneer”, in the formation of the Consortium, and from the WVEC Governing Board, recognition of “Leadership, Commitment, and Unselfish Contributions” to the Wabash Valley Education Center for 26 years and recognition by the Indiana House of Representatives.

Gorman was a loving husband, father, grandfather, great-grandfather, and friend.  When he was physically able, he loved to play tennis regularly, travel, and enjoyed the winter months at his home in Bradenton, Florida.  In most recent years he really cherished his time with his family and looked forward to their visits.  He also enjoyed the companionship of his dogs, Krysta and Emma.

Friends may call from 1 to 4 pm Sunday January 13th in the Chapel of Faith at Tippecanoe Memory Gardens. Memorial contributions may be made to Almost Home Animal Shelter.